The Los Angeles Clippers haven’t had the best draft record throughout their history. Notorious busts like Michael Olowokandi, Darius Miles and Danny Ferry bring back bad memories in the minds of fans. But despite only reaching the postseason 14 times in their 50-year history, the Clippers have found themselves in positions to find true gems during the draft process.

Players who have been drafted outside the top 10 or especially in later rounds and have made major impacts are a bit few and far between, but that doesn’t mean the Clippers haven’t been able to find some steals on draft day.

Q-Rich only played four seasons with Los Angeles but, especially towards the end of that tenure, it looked as though the 6-foot-6 wing was ready to take the next step into stardom.

Richardson fell out of the draft lottery in 2000 and was selected with the 18th overall pick. He was never able to become more than just solid in the league but in 2003-04, the DePaul product averaged a career-high 17.2 points, 6.4 rebounds and 2.1 assists per game in his first season as a full-time starter.

Like Richardson, Cage played only a few seasons for the Clippers but at the same time, also had his best statistical seasons with the franchise. As the 14th overall pick in the 1984 draft, Cage might not be a “steal” in the traditional sense but the former San Diego State big man showed enough in his first four years to make it on this list.

Never an elite scorer, Cage did most of his damage on the boards where he was one of the best in the league. In his final two seasons with the Clippers, Cage was a double-double machine, averaging 15.1 points and 12.2 rebounds per game, and even led the league in rebounding during the 1987-88 season. That’s solid value for the 14th overall pick.

Norman was a bonafide star in his final year at the University of Illinois where he averaged 20.7 points 9.8 rebounds and 1.5 blocks per game at the small forward position.

However, despite his obvious talent, Norman fell to the 19th overall pick in the 1987 draft where the Clippers selected him.

Norman broke out in his second season with the team by averaging 18.1 points, 8.3 rebounds and 3.5 assists per game. While he never built off that excellent second season and played on some pretty horrible Clippers teams, Norman was a legitimate fringe All-Star type player at his best, and a reliable starter at his worst.

Jordan’s status as a draft steal is fairly well known. The 35th overall pick out of Texas A&M in the 2008 draft, Jordan was an extremely raw but athletic big man prospect.

In his decade for the Clippers, Jordan transformed into a top-five center in the NBA in his prime. Often overshadowed by fellow stars Blake Griffin and Chris Paul, Jordan made three All-NBA teams, led the league in rebounding twice and has two All-Defensive Team selections to his name.

Today, the NBA draft only has two rounds. Back in 1971, the draft had 19 rounds. It wasn’t very common for players drafted in double-digit rounds to do much if anything at all at the next level but Smith defied the odds.

Second on the Clippers’ All-Time assists list, Smith was selected 104th overall, in Round 14. Being doubted like that didn’t stop the 6-foot-3 guard from making two All-Star teams back when the Clippers were located in San Diego and before then, known as the Buffalo Braves. 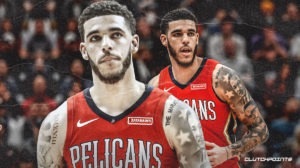